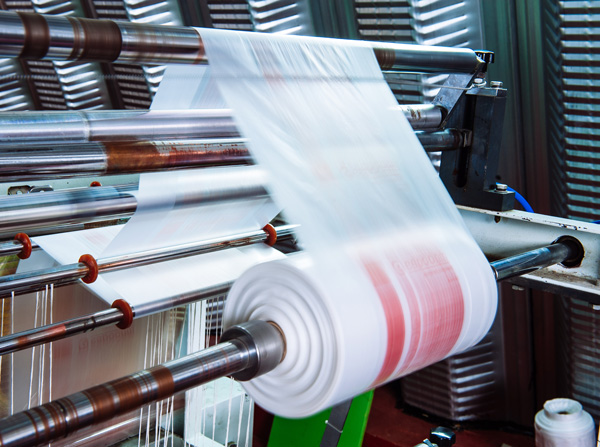 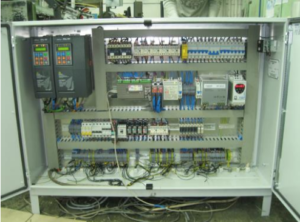 The control system for the PRINTEX bag making machine has been upgraded. Prior to modernization, the machine was powered by an induction motor. Control was carried out using a camshaft and inductive position sensors. The film feed was supplied by switching on the “clutch and brake” electromagnetic couplings. The machine required a constant adjustment of the camshaft, periodic replacement of electromagnetic couplings. Electromagnets could not provide sufficient accuracy of the length of the package. The upgrade included replacing the induction motor with servomotors. The camshaft with sensors has been replaced by a multi-axis TRIO controller. Asynchronous motor was dismantled, as well as camshaft and some other mechanical components. Pulleys for belts on the film feed servo motor and on the knife movement servo motor are added.

The control system provides the work of attachments, upper and lower air supply at specified angles for switching on and off. It has become possible to set the window for triggering the photo tag. The operator panel is a touch screen, several buttons and a temperature controller. Servo motors do not need constant adjustment and provide high accuracy of the packet length. Machine productivity increased from 130 bags per minute to 200 bags per minute with a length of 200mm. (Electronics can increase productivity up to 300 packets per minute, but a limit of 200 packets was chosen because the mechanical parts of the machine itself begin to knock and vibrate)